It offers two models within this range, the PC130-8 and the PC138US-8 short-tail swing excavator
Komatsu Australia offers an unprecedented degree of versatility in its Dash 8 range of 13 tonne excavators.

- Five mode engine/hydraulic management system, ensuring optimum operational and fuel efficiency and including power and economy settings, a low-speed precision mode for lifting operations, a breaker mode for hammer operation and an attachment mode that can be fine-tuned to the needs of a particular attachment.

- Komatsu's KOMTRAX remote monitoring system enabling web-based monitoring of machine location, condition and usage and including security features to protect against theft and unauthorised use both units can be supplied with Komatsu Genuine Attachments (KGA) buckets and quick hitches.

As with other models in the Dash 8 range sold in Australia and NZ, the PC130-8 and PC138US-8 also come factory-fitted with a number of what are usually "extras" as standard.

These include dual flow quick hitch and hammer piping, hose burst protection on the boom and arm, rear view camera and emergency stop buttons (one in the cab and two on the exterior).

"They are an ideal size for smaller jobs, but where you still need a machine with considerable grunt, digging performance and production," she says.

Both machines are also each now available in an additional configuration to increase their versatility and productivity.

"The PC130-8 now features a dozer blade option, which will provide extra versatility in trench backfilling and other small earthmoving operations," says Mahoney.

"And with the PC138US-8, we've introduced an offset boom configuration, making it more flexible when used in confined spaces, such as when digging alongside walls or buildings.

"The offset boom incorporates a robust cast linkage system for increased durability and is available with a standard 2130 mm arm for increased breakout, or a longer 2400 mm arm when greater digging depth is needed," she says.
"Essentially Komatsu's 13 tonne excavator range consists of four variants, the PC130-8 with or without blade and the PC138US-8 with standard or offset boom." 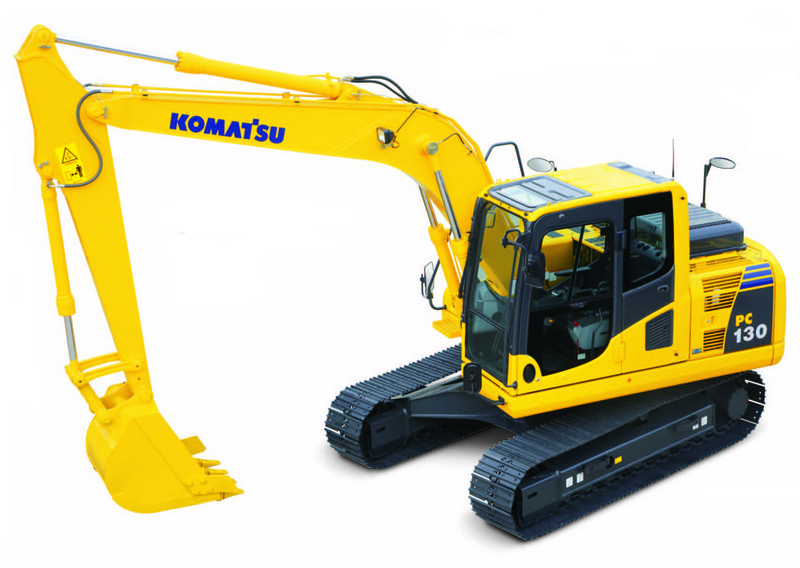