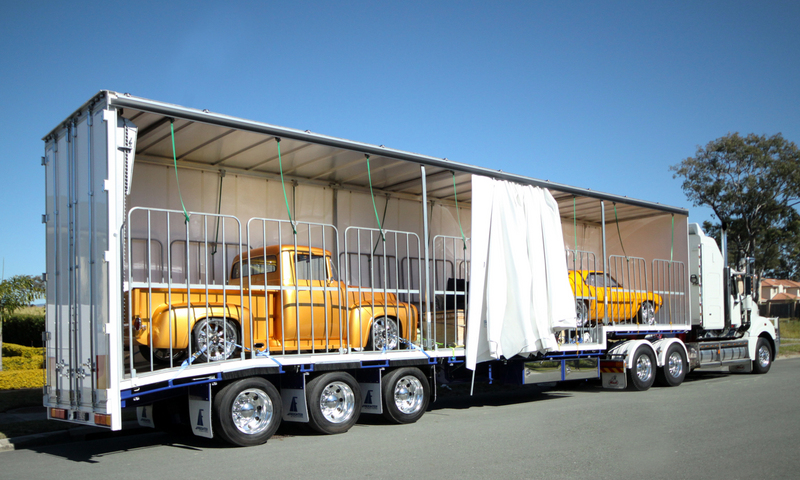 It claimed the "2011 Best of Breed Street Machine" as well as numerous other awards, including: Best Bodywork, Paintwork, Engine and Components and Undercarriage and Driveline
Wayne and Diana McLaughlin have spent sixteen years lovingly restored a fully customised 1956 Ford F100, and it has now been recognised as one of Australia's best show cars, having won the 2011 Meguiar's Superstars Championships held earlier this year in Sydney.

It claimed the "2011 Best of Breed Street Machine" as well as numerous other awards, including: Best Bodywork, Paintwork, Engine and Components and Undercarriage and Driveline.

Wayne first purchased the F100 in 1995 in New Zealand in poor shape and restoration has been sporadic over the years. At one stage, he even sold the pick up, only to buy it back! Passion can make it hard to let things go!

Just as important as the meticulous restoration and preparation of every aspect and component of the truck is how it's transported to the show. For this reason the McLaughlins enlisted the help of Freighter Maxi-CUBE to customise a trailer that provided safe transport for their vehicles.

They asked Freighter's engineers to incorporate hydraulic extended ramps, together with a beaver-tail rear end, which allow the "low to ground" cars to be easily driven onto the trailer without risk of scratching or contact with the under carriage of the cars.

An additional set of removable ramps is also located at the deck drop, allowing one vehicle to be parked on the forward deck.

To ensure trailer and cargo stability and safety during transit, the drop deck trailer features wide spaced main beams with a low profile frame that delivers a lower centre of gravity. Utilising Freighter's patented EziLiner curtain technology, drivers are also able to spend more time at the end of the day admiring the vehicles thanks to the time saved with not having to operate a multitude of buckles and straps. 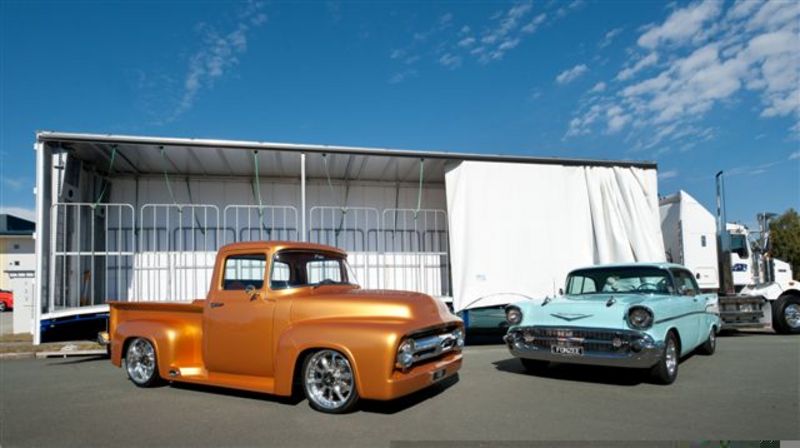