"We have chosen a route where we combine the diesel engine's superior efficiency rating with the benefits of gas. This gives us a truck that is significantly more energy-efficient than traditional gas trucks," says Mats Franzén, Manager Engine Strategy and Planning, Volvo Trucks.

"A diesel engine has a 30 to 40 percent better efficiency rating than an ordinary spark plug engine running on petrol or an internal combustion engine. Whatever fuels either engine type runs on, the diesel engine is always far more energy-efficient. That's why all heavy vehicles have diesel engines," he explains.

As an example, with compressed methane gas in the tanks, a gas-powered truck with an internal combustion engine can drive 150-200 kilometres without refuelling. With the same amount of gas in a truck with a methane diesel engine, the range is twice as long.

"We're currently in a transition stage. We're moving from decades of dependence on oil to a society based on renewable fuels," explains Lars Mårtensson, Volvo Trucks' Environmental Director. "During this transition period, gas trucks with a methane diesel engine have an obvious advantage. They can run on only diesel, which is practical and safe when filling stations are few and far between."

A common argument against methane gas is that natural gas has to be used because not enough biogas is produced. Critics argue that replacing one fossil fuel with another is unsatisfactory.

"Using natural gas is one way of getting through this transition period until biogas production has been fully developed. We'd prefer our engines to run on both biodiesel and biogas. That would reduce carbon emissions by almost 80 percent compared to traditional diesel operation," explains Lars Mårtensson.

Field testing started in October 2010 with methane diesel trucks that can run on liquefied methane gas. Several Volvo trucks are currently being field tested in Sweden, the UK and Thailand. The technology is based on Volvo's Euro-5 diesel engine, which has been converted for gas operation.

Sustainable transport for the future

Sustainable transportation is partly about finding the right fuel alternatives for the future, and partly about increasing the truck's fuel efficiency.

Sales of hybrid and methane-diesel trucks are underway in selected markets, while bio-DME (dimethyl ether) is a next generation fuel that is currently undergoing field tests.

The Volvo FE Hybrid is designed primarily for urban distribution and refuse collection operations, whereas the Volvo FM MethaneDiesel and DME trucks are built for long distance operations.

The Volvo FM MethaneDiesel, which uses methane gas as its primary fuel, also has a technology which makes it possible to use methane gas in diesel engines. The technology opens up an entirely new segment for gas powered trucks and, in combination with the use of LNG (Liquefied Natural Gas) in heavy-duty trucks, it makes it possible to use gas for long-distance transport as well.

Beside this, it is both more energy efficient and more powerful than its current standard gas-powered counterparts, leading to cost benefits as well as considerably reduced carbon emissions.

"The main strength in this context is that the environment, technology and economy go hand in hand. Only then can decisive changes be made," says Lennart Pilskog of Volvo Trucks.

However, for these decisive changes to be implemented on a broad front, access to liquid gas must be increased. A well-developed infrastructure, with more LNG filling stations, is essential to enable gas-powered trucks to be used in long-distance transport in the first place.

"The infrastructure needs to keep pace with technological developments if our products are to be used in the optimal way", says Lennart Pilskog.

The Volvo FM MethaneDiesel is powered by up to 70 percent natural gas or biogas - both of which consist of methane gas. Volvo Trucks is the first manufacturer in Europe to present this technology.

With biogas, carbon dioxide emissions can be reduced by 70 percent compared with a conventional diesel engine, or by 10 percent when running on natural gas.

With bio-DME, carbon dioxide emissions are 95 percent lower than diesel, with field tests currently underway. BioDMW is produced from biomass, a by-product of the paper manufacturing industry.

Volvo is the world's first truck manufacturer to use the technology, which combines the diesel engine's high efficiency rating with the benefits of gas power. Compared with previous generations of gas engines, the efficiency rating has been improved by between 30 and 40 percent. This technology is one of the fuel alternatives that Volvo is evaluating and which has potential for the future.

"With a gas-powered Volvo FM, we are showing that gas is no longer limited to urban traffic, but is ideal for longer-distance operations too," says Lars Mårtensson, Environmental Director at Volvo Trucks.

Volvo is equally focusing on energy-saving technology. Hybrid power significantly reduces fuel consumption, particularly in urban traffic with frequent start-stop driving. Volvo are testing a hybrid driveline based on a 7-litre engine which was launched in a hybrid version of the Volvo FE this year. Volvo is currently the only truck manufacturer offering hybrid technology for vehicles in the 26-tonne segment. 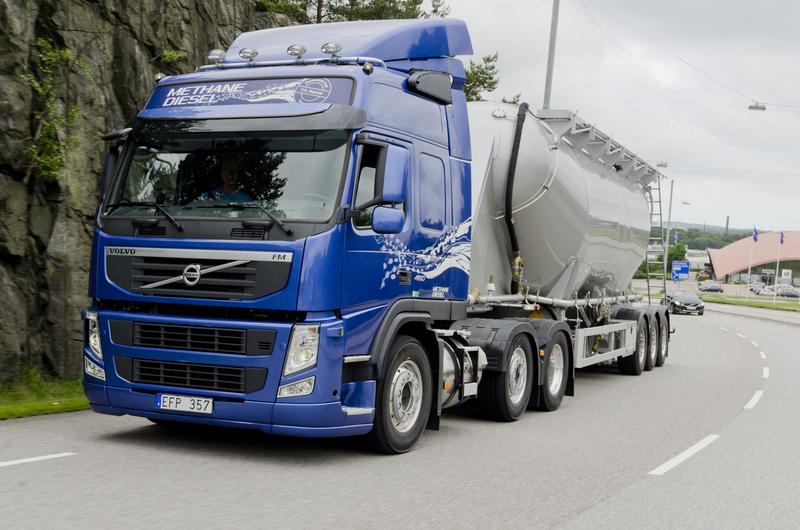 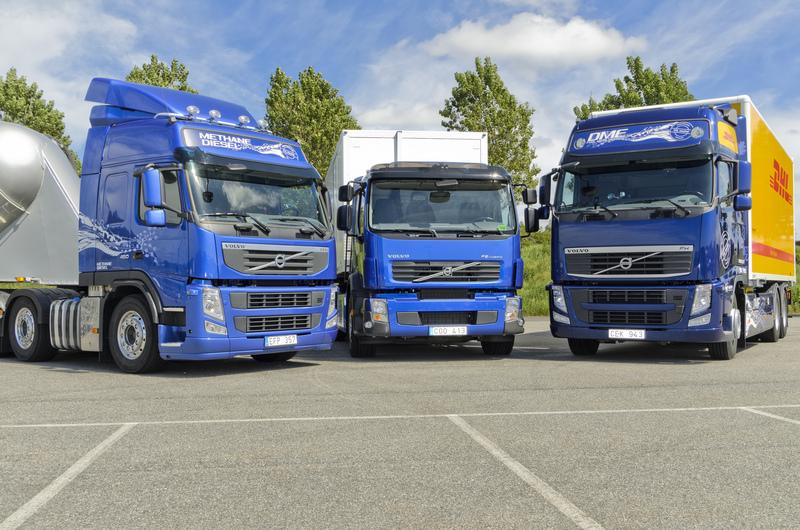