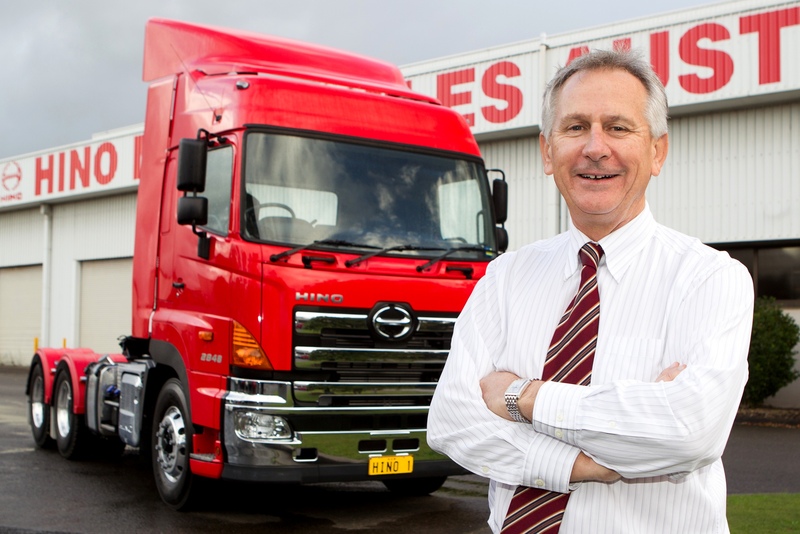 Hino Motor Sales Australia's current President and Chief Operating Officer, Lotter has served in executive roles at both Hino and Toyota for more than 35 years.

He was welcomed by incumbent Hino Chairman and CEO Kenichi Sekine, who is returning to Japan after more than four years in Australia.

"I'm very pleased to confirm that when I return to Hino head office in Japan my position as Chairman and CEO will be filled by Steve Lotter," Sekine said.

"Steve and I have worked closely together, and I am very glad that his efforts have been recognised by this appointment.

"The past four-and-a-half years have been both challenging and exciting; I would like to thank everyone at Hino Australia and the Hino dealer network for their strong support."

Current General Manager of Overseas Planning at Hino Motors in Japan, Shunichi (Sean) Takahashi, will take up the role of President and COO vacated by Lotter.

Takahashi also has more than 30 years' experience with Hino and Toyota, having previously held positions such as Director of Toyota Brazil and Toyota Argentina.

"I'm very excited to join Hino Australia at a time when Hino is building the highest quality, most reliable and durable trucks it's ever made while focusing on providing total support to all its customers," Mr Takahashi said.

"Hino is a brand Australians know and trust and I look forward to working with Steve, the Hino Australia team and the entire dealer network around the country.

"Australia is one of the toughest commercial vehicle markets in the world and it's clear that Australians accept nothing but the very best, so I'm relishing the opportunity to take Hino to new heights in the coming year."