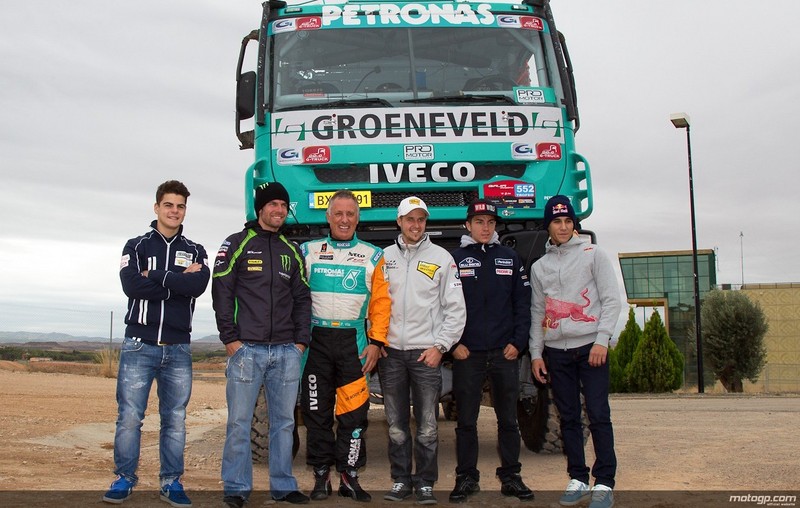 The passengers for the wild off-road ride included Monster Yamaha Tech 3's Cal Crutchlow, Interwetten-Paddock's Tom Luthi, Blusens Avintia's Maverick Viñales, RW Racing GP's Luis Salom and Team Italia FMI's Romano Fenati.
A couple of laps a piece proved enough as the truck was sliding around corners and tackling the track with ease - with Fenati being the only one who was treated to the truck briefly going up on two wheels on its side.

Vila is a veteran of ten starts in the fortnight-long Dakar rally, finishing the gruelling event nine times, with a best finish of sixth. His Iveco Trakker, part of the five vehicle-strong Dutch De Rooy team, features a 13-litre diesel engine putting out 900hp to propel the ten tonne machine.

While the race-prepped Iveco has a top speed of 205km/h, Vila explained this is limited to 150km/h during the rally. The team's owner, Gerard de Rooy, took victory in last year's Dakar, with other Dutch teammate Hans Stacey coming in second. 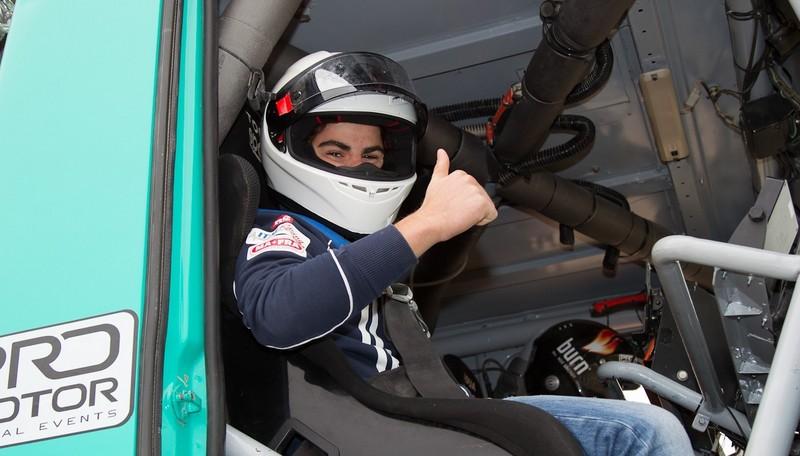 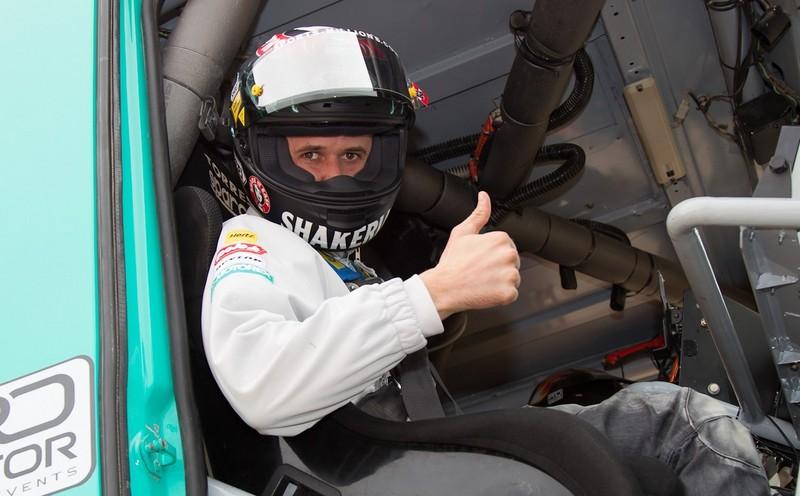 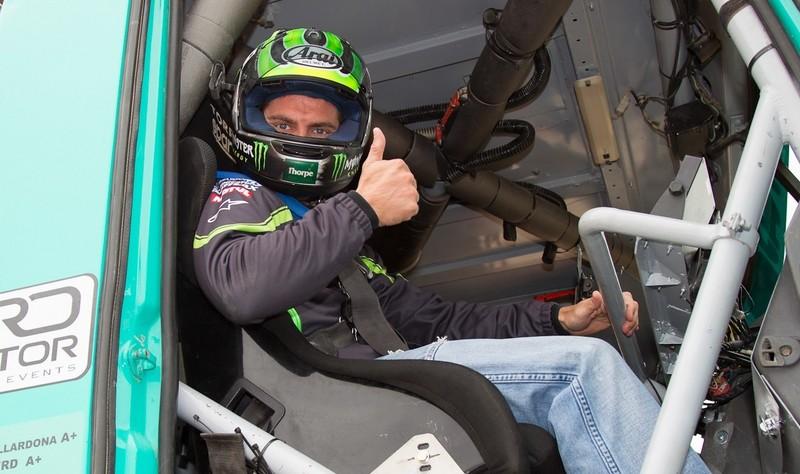 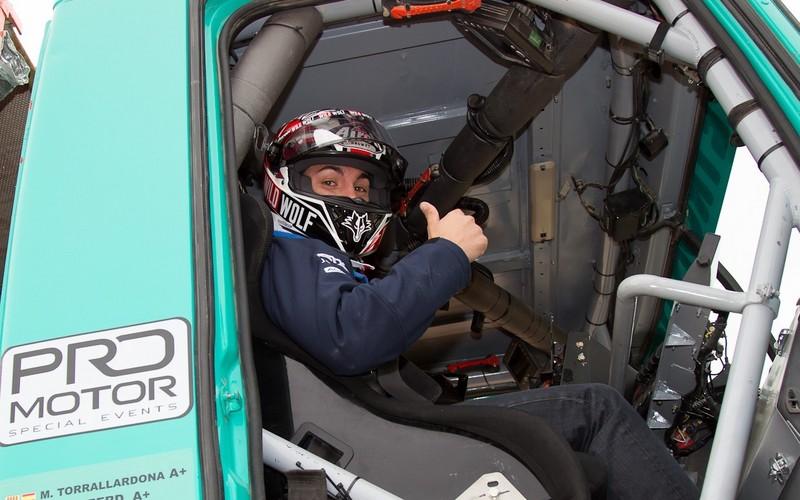 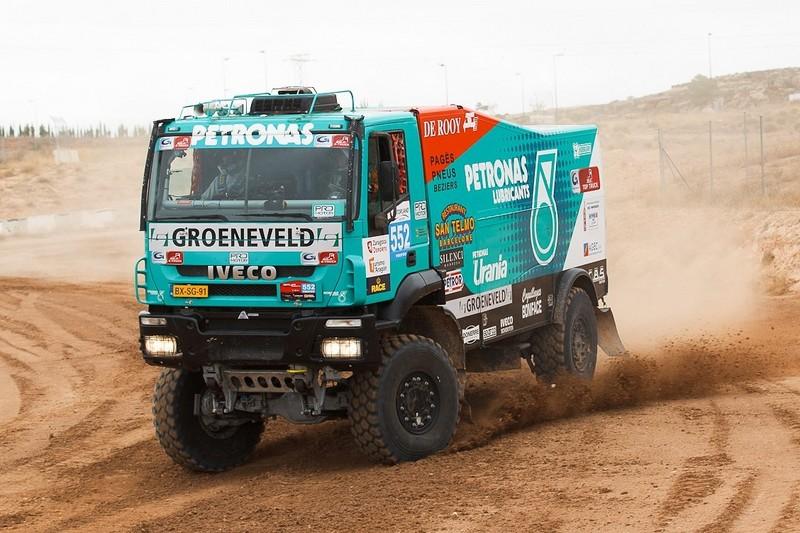