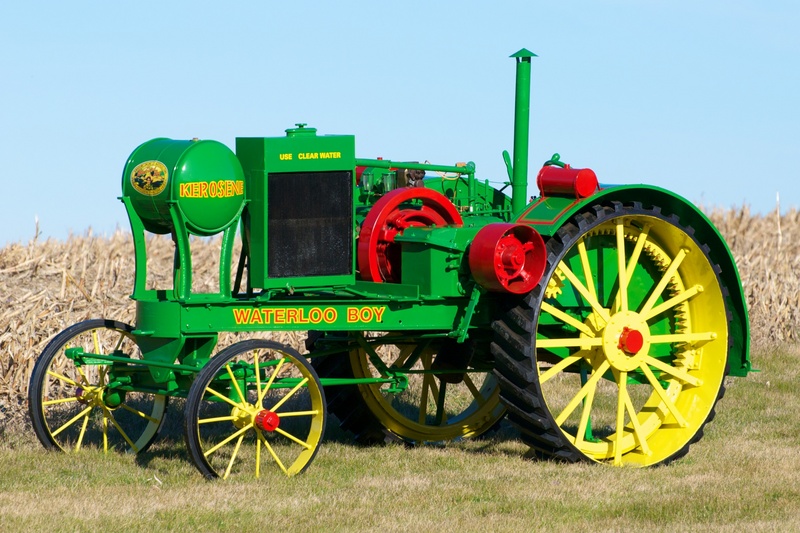 April's auction featured 11 restored John Deere tractors from the collection of Stephen Renaud, all of which were being offered at No Reserve, but the most interest ahead of the auction was directed to a rare "Waterloo Boy" Model N from 1920
Following the success of the first "Gone Farmin'" auction devoted to collectable tractors in 2010, American auction house Mecum have made these auctions a regular part of their schedule. The first Gone Farmin' auction for 2012, held in April at Mecum's HQ in Walworth, Wisconsin, attracted some rare and immaculately restored tractors.

April's auction featured 11 restored John Deere tractors from the collection of Stephen Renaud, all of which were being offered at No Reserve, but the most interest ahead of the auction was directed to a rare "Waterloo Boy" Model N from 1920. The Waterloo Boy was produced by the Waterloo Gasoline Engine Company from 1917, and continued to be produced and sold under that name following the company's acquisition by John Deere in 1918. The unusual layout of the Waterloo Boy featured a mid-mounted engine (with side crank start), forward-mounted radiator and fuel tank, and off-centre steering and driver's position.

The lot on offer received 'Expo Certification' in 2009, which is a serious draw when it comes to valuation. Expo Certification is only granted to machines that are 95% original, or restored to 95% original specification. The Waterloo Boy had originally been equipped with autosteer (rather than chain steer) from new, and featured new formed-rubber cleats on the wheels. The limited use this tractor had been subject to was identified by the low wear on the teeth of the distinctive geared rear wheels. Promoted as the 'star lot' ahead of the auction, the Waterloo Boy didn't disappoint, selling for an impressive US$105,000, the top price across all lots.

Next best seller was one of the lots from the Stephen Renaud collection, a 1935 John Deere BW. This unit was identified as one of only ten built that year with an improved, wider front end, and one of only 35 BW models in total made in 1935. Subject to what was identified as a world class restoration, the John Deere featured high quality finish across the board, a feature of all the tractors from the Renaud collection in this auction. Verified as a factory BW, this unit sold for US$22,000.

Other lots in the top ten best sellers from this auction included a 1969 Oliver 1950-T, which sold for US$21,000, a John Deere 330S of unidentified year, which made US$16,100, and an International Farmall 1206 Turbo. In past auctions, these rare turbocharged Farmalls have sold well, but this restored example didn't quite match the heights of its predecessors, selling for only US$15,500. Part of the reason for the lower price this unit attracted could be attributed to the fact that the engine block had been replaced with a later model unit, and a new turbocharger had also been fitted.

Other lots of interest from this auction included a 1959 Porsche Super diesel tractor, from the period where the famous German sportscar manufacturer supplemented their income with these distinctively-styled small tractors. The radiator-less front end is explained by the fact these units used air-cooled 3-cylinder motors of (usually) 2.5 litre capacity. The example auctioned at Walworth was restored, and sold for US$10,250.

A 1924 Twin City 20-35 tractor was another rarity. The result of a collaboration between Minneapolis Steel & Machinery Company and McVicker Engineering, the first Twin City was produced in 1910. The 20-35 first appeared in 1920, and was a development of the 12-20 that debuted two years earlier. This original, unrestored 1924 example of this heavy duty tractor was notable for still being in working order. Its good overall condition is attributed to being in Arizona's dry climate since new. A candidate for restoration, or suitable to use as is, the Twin City sold for US$8,200.

Another unrestored unit of interest was a 1953 Ford 'Golden Jubilee' version of the NAA model. In celebration of the Ford Motor Company's Golden Anniversary in 1953, cars and tractors alike were decorated in acknowledgement. In the case of the Ford 8N/NAA tractors, this took the form of a large circular badge at the top of the grille, with 'Golden Jubilee Model 1903-1953' circling the Ford logo and a stylised representation of a field and an ear of corn. A number of restored examples of these anniversary models have cropped up in past auctions, but unrestored units in good condition are rare. This one, which featured a rare hand clutch for live PTO operation, sold for US$2,300.

Other lots of note included a 1952 Case DO tractor with orchard skirting. One of only 2,871 examples of this model supposedly built, this two-owner unit sold for US$4,750. A 1940s-era Oliver 70 Standard compact tractor was one of the earliest units made, and despite needing mechanical work, sold for US$4,500. Another small tractor from this auction was a fully restored Massey-Harris 'Pony'. These compact, 4-cylinder petrol units were built by Massey-Harris from 1947 through to 1957 and used in a number of small-scale farming operations. This one was in immaculate condition, including brand new tyres, and sold for US$3,200.

With most lots from this auction finding new buyers, Mecum declared their first Gone Farmin' auction for 2012 a success. Mecum are now looking ahead to their second tractor auction of the year, which is scheduled for August. A highlight of this auction will be a 1939 Ford 9N tractor. What's notable about the early production N models is that they featured aluminium for the bonnets, radiator grilles and side skirts. The choice of light alloy for these items seems curious, as they were easily damaged even in light duty farmwork. After around 600 - 700 examples had been built with these alloy panels, they were replaced with sturdier steel. The example to be auctioned in August is one of only 35 known examples still wearing their original aluminium bodywork.

For more details of the first Gone Farmin' auction of 2012, or August's upcoming second auction, go to www.mecum.com 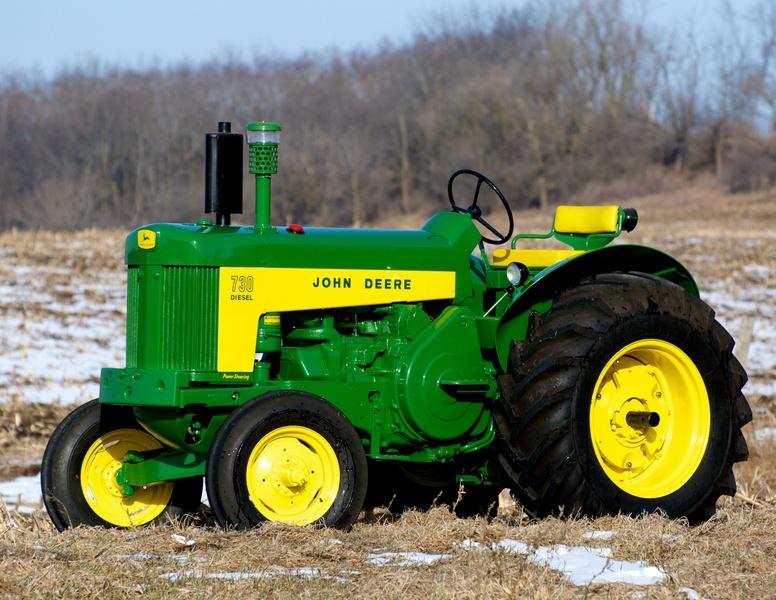 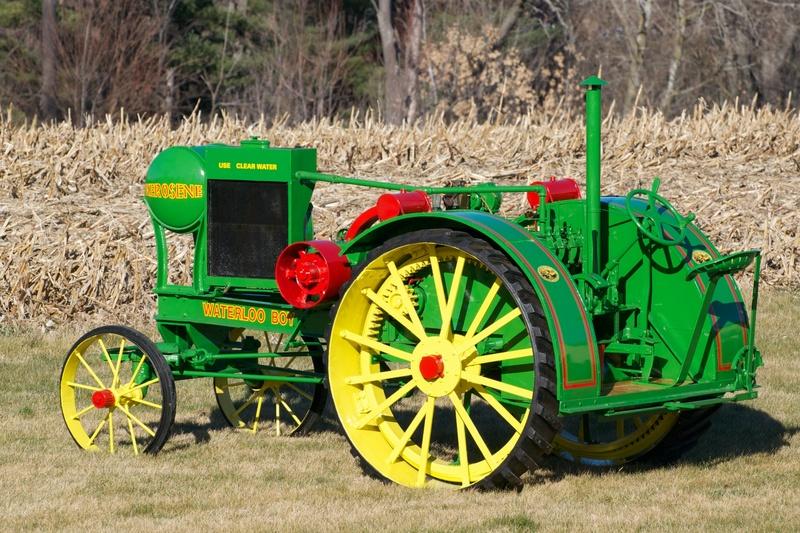 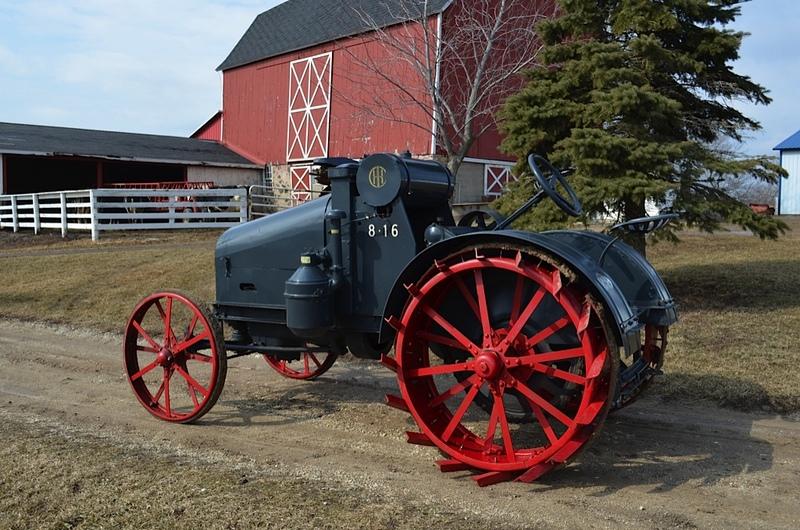 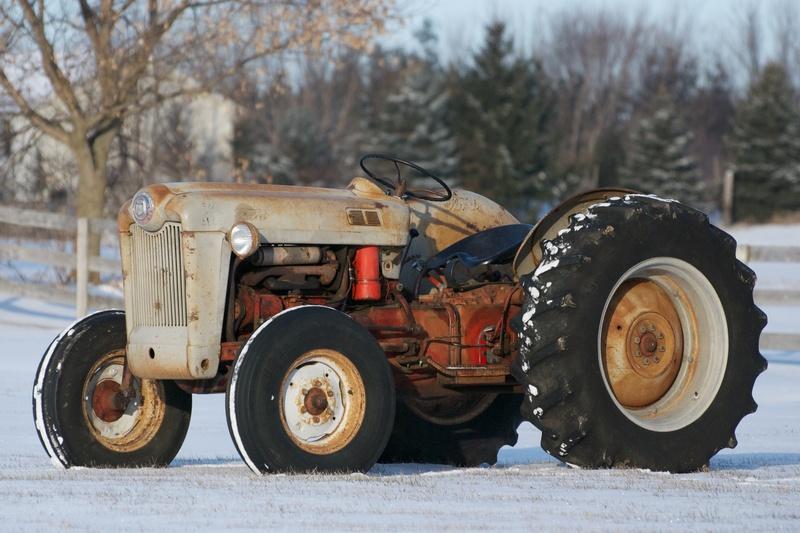 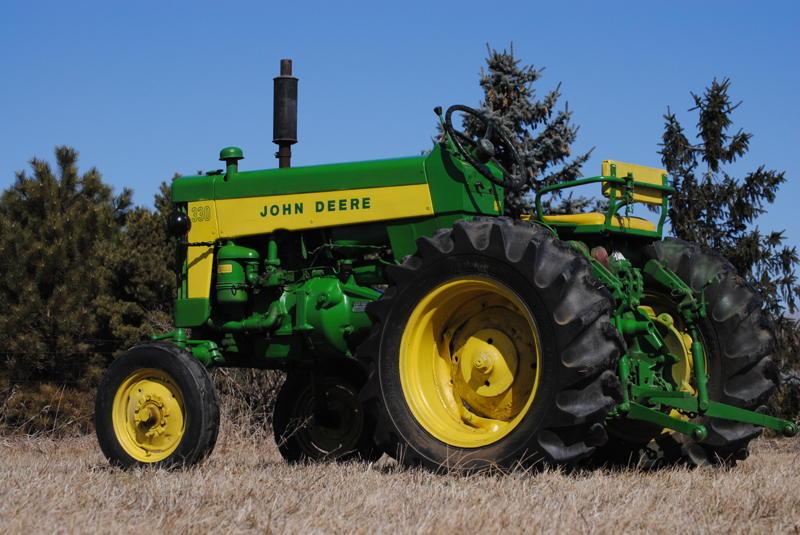 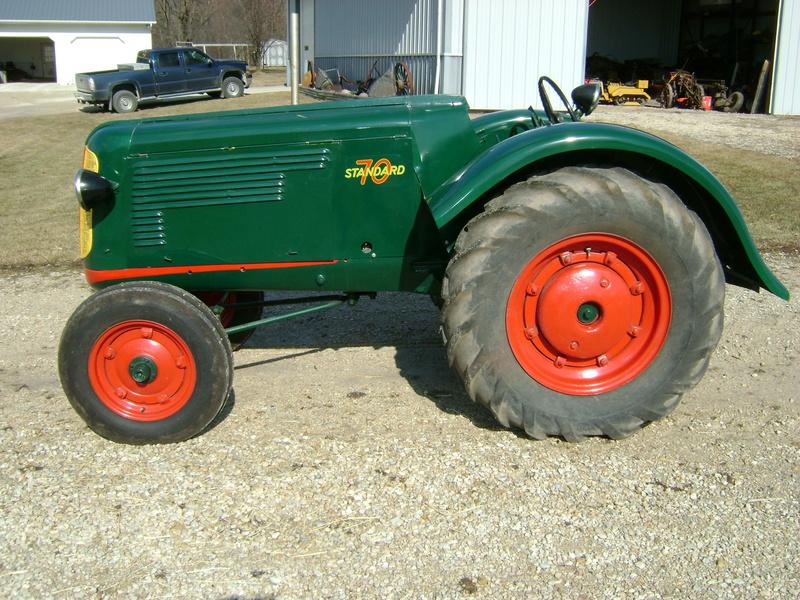 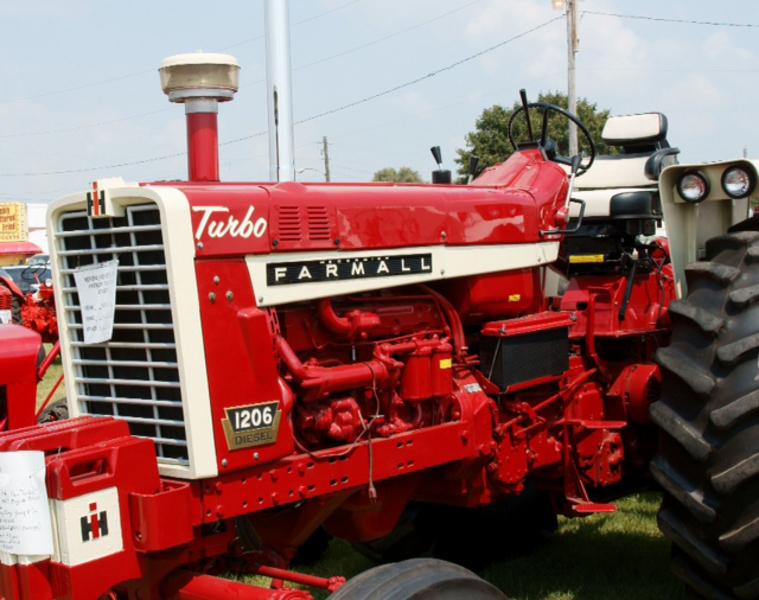 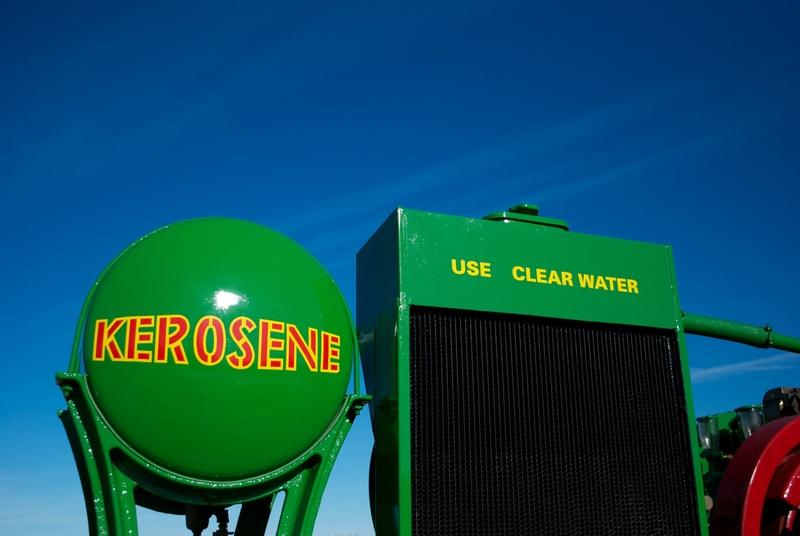 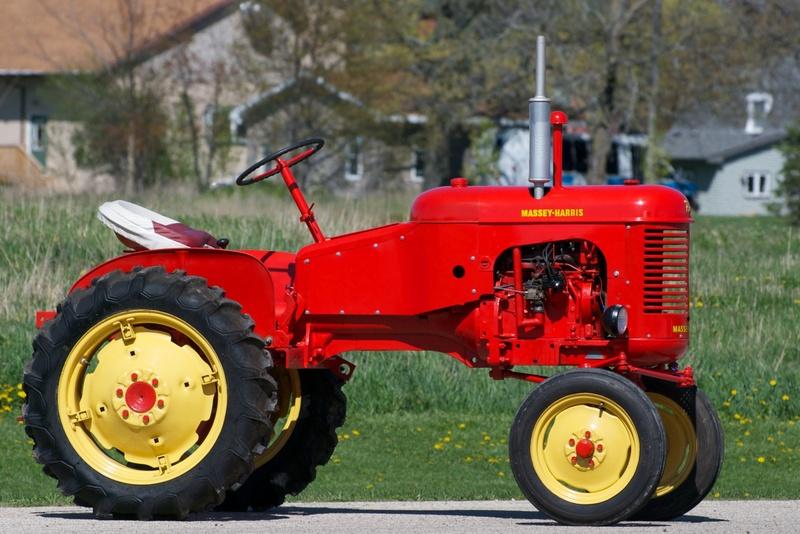 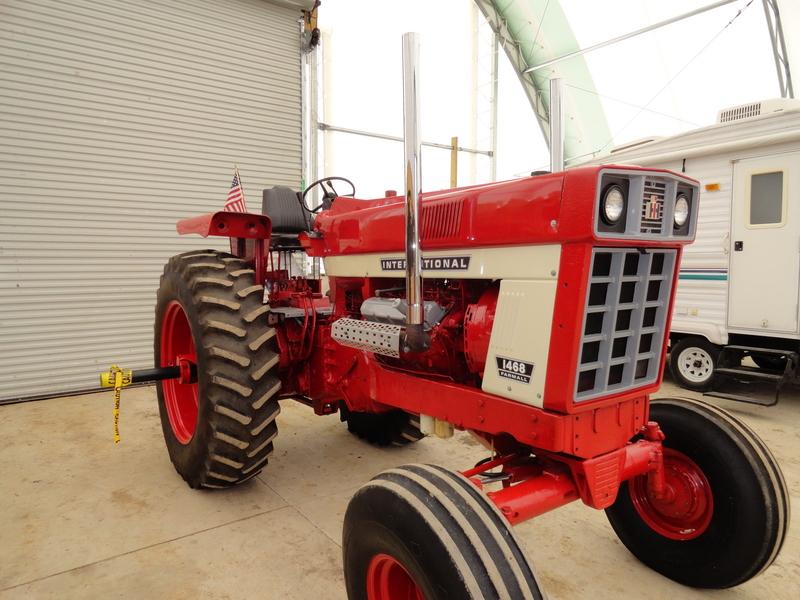 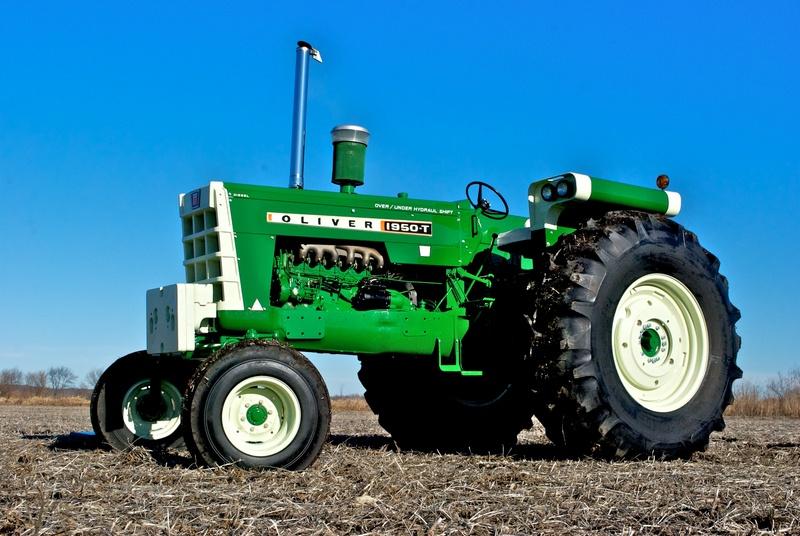 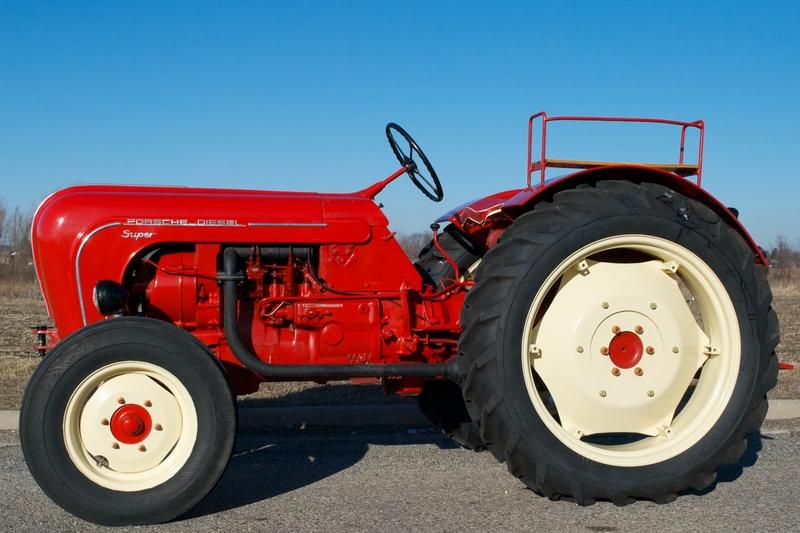 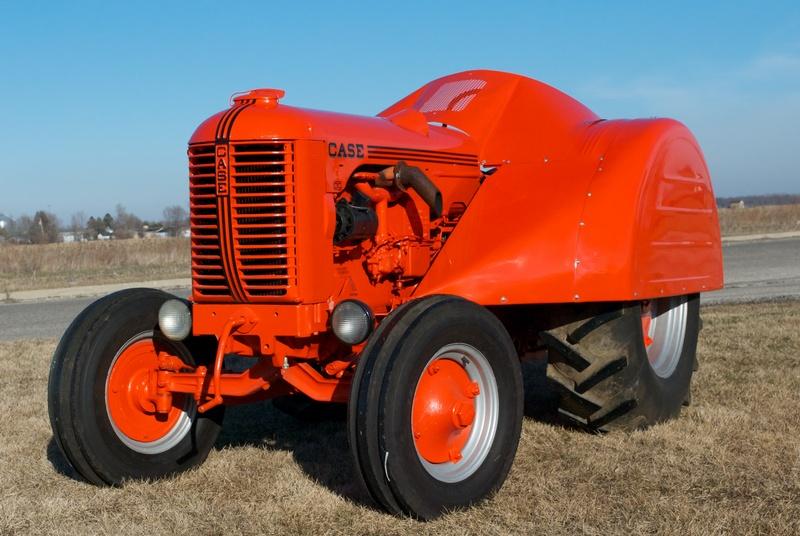 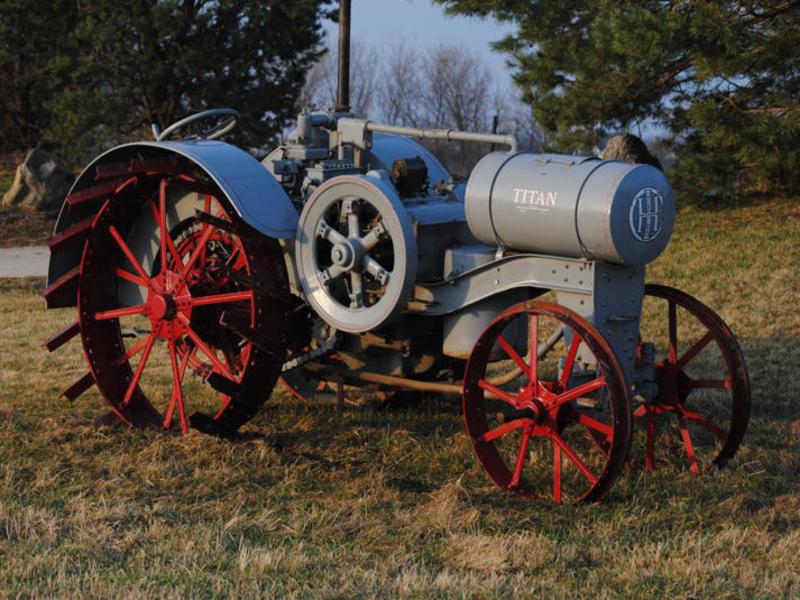 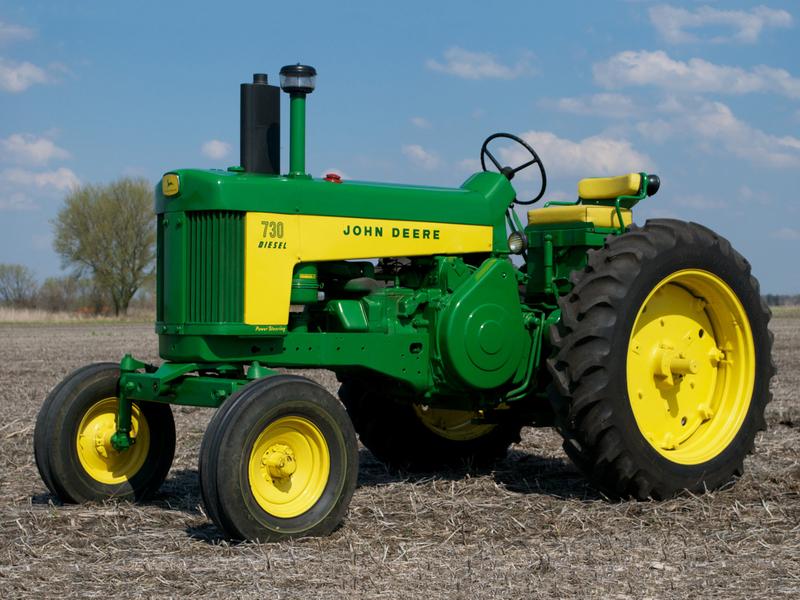 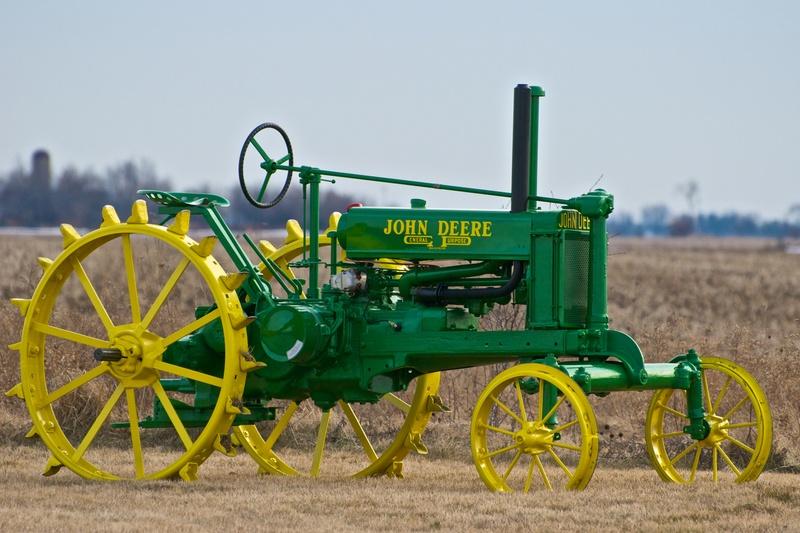