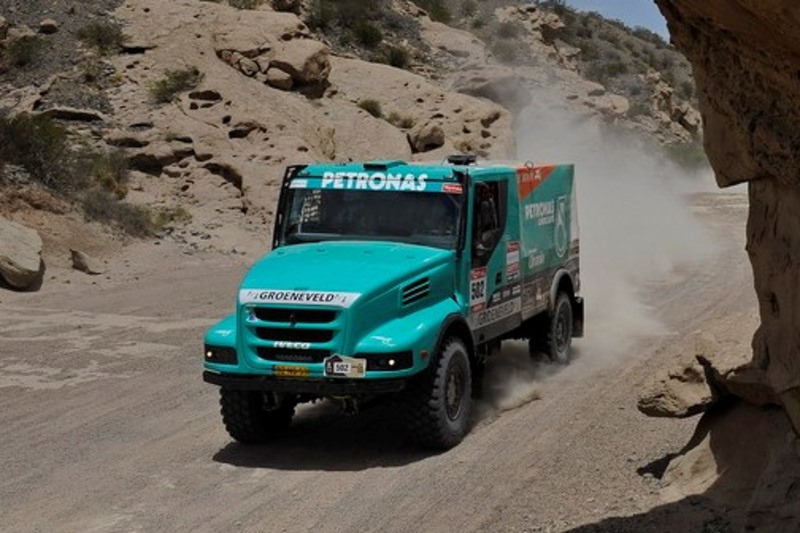 After the excitement of the long-awaited victory had died down, De Rooy very quickly set himself an ambitious goal, which is sure to rally his team mates and inspire his countrymen in the Netherlands. If he pulls off this feat, it will signal the dawn of a new era and place Iveco trucks at the top of their field for many years to come.

In 2012, Hans Stacey (2007 winner) closely followed his captain and cousin onto the podium. This year, the team has set its sights on the three steps, where it also hopes to see former WRC world champion Miki Biasion.

The De Rooy Team would, of course, be overjoyed to see a turquoise trio in Santiago, regardless of the order in which the teams are ranked. When it comes to thwarting their victory, there is no indication that the most serious threat could be posed by Kamaz - the former masters in this category - who suffered a setback in the 2012 edition.

The new Kamaz team has yet to live up to the example set by the Russian brand's star drivers, Vladimir Chagin and Victor Kabirov. The heir apparent, Eduard Nikolaev, has stayed in the background since reaching 3rd place in 2011. Artur Ardavichus, the Kazakh who joined the Russian camp, came to stand on the podium in Lima, having possibly exhausted his potential for improvement. The blue trucks have lost some of their shine in recent Dakar rallies, but it is widely anticipated that Chagin's pupils will achieve a return to form on the road to Santiago.

In this context, the example of Gerard De Rooy could inspire Czech, Ales Loprais, who has frequently been an outsider in recent editions. The Tatra driver has often shown that he can drive as fast as his rivals and could be one of the claimants to the title… if he can put an end to his consecutive run of four withdrawals!

Often clinching good results, but rarely victories, the MAN trucks are now travelling to compete with their Dutch compatriots. Marcel Van Vliet (3rd in 2010) and Peter Versluis have their eyes on the podium and both have major strengths in their favour. Tickets will certainly come at a premium!

The 2013 Dakar rally runs from January 5 to 20, 2013, and will take in Argentina, Chile and Peru. Further details can be found at www.dakar.com 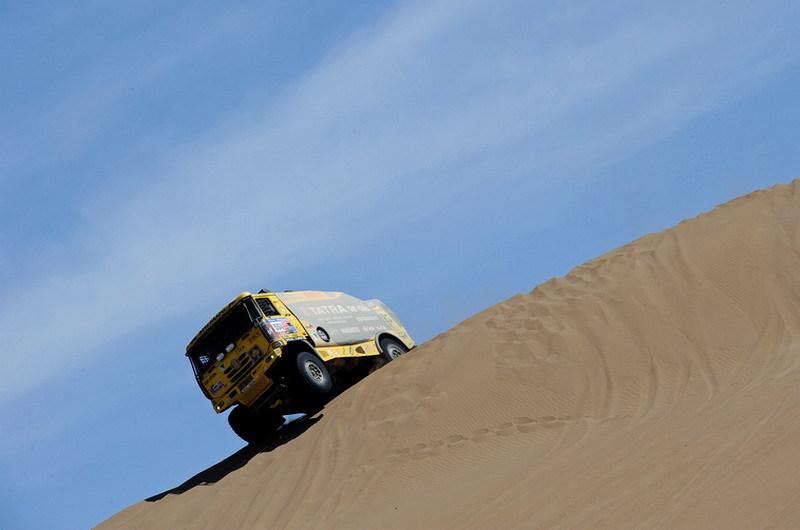 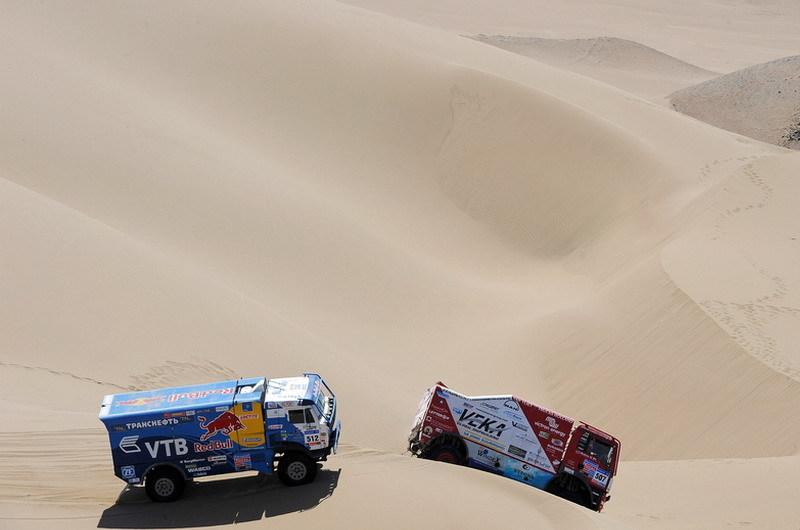