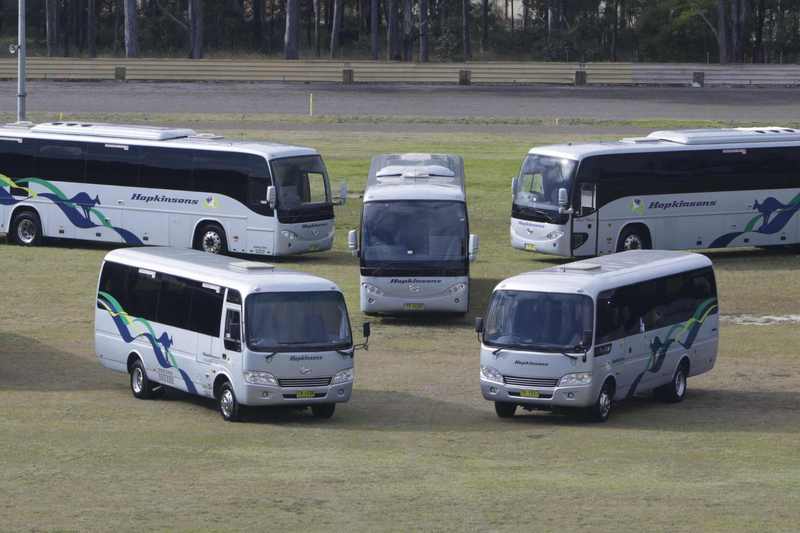 Higer sold 210 coach chassis in Australia last year, a nine per cent increase on 2011, while a total of 256 Higer bodied coaches were sold - including the 46 coaches built by Higer but sold under a different brand.
Higer has topped the Australian coach sales charts for the second year in a row. Australia's best selling brand in the non-route bus market, Higer captured better than 22 per cent of the coach chassis segment in 2012.

Higer sold 210 coach chassis in Australia last year, a nine per cent increase on 2011, while a total of 256 Higer bodied coaches were sold - including the 46 coaches built by Higer but sold under a different brand. Including these in the total gives Higer manufactured coaches a massive 27.8 per cent share of the Australian coach market for 2012.

Notably Higer still tops the coach sales charts both in body and chassis sales, even if the sales of its 28-seat Munro mini coach are not counted in the overall figures. Higer delivered 58 Munros in Australia in 2012 as the versatile mini coach gathered momentum in the market.

According to the recently-appointed CEO of Higer distributor, WMC Group, Neil Bamford, the sales success emphasises Higer's growing acceptance in Australia and cements its position as the leading brand in the coach market.

"It is another pleasing result for Higer in Australia as the brand continues to prove itself in this extremely tough and competitive market with improved quality while maintaining the keen pricing that Higer delivers," Bamford said.

Higer claimed number three spot in the total bus market (including the route bus market) capturing a market share of 11 per cent, despite not competing in the route bus sector in 2012.

Higer is scheduled to launch its first route bus products in the Australian market during the second half of 2013.

"With our new range of Citibus products set to be launched soon, we will be able to tackle the higher volume route bus market and we expect this will enable Higer to challenge for overall market leadership in coming years," Bamford added.