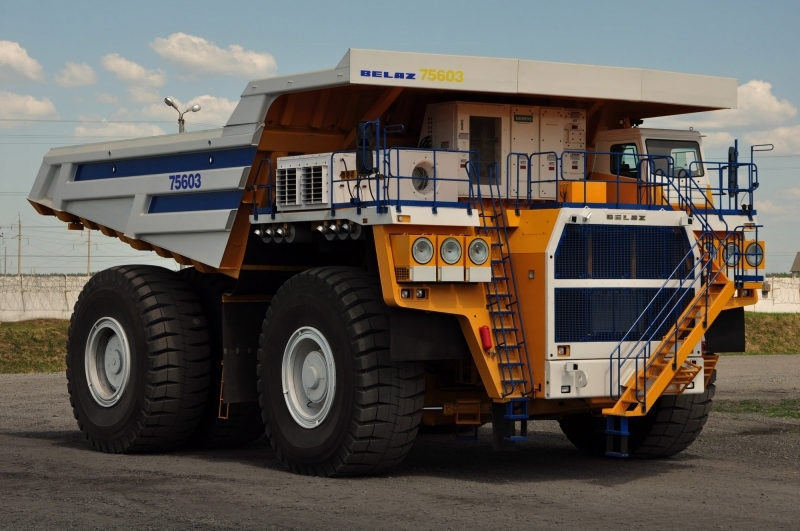 In a news release on miningnewspremium.net, Howard was reportedly chosen as the key speaker for the launch due to his close connection with the Belarus government during his time as prime minister.

"The launch of BelAZ represents an opportunity to celebrate the colossal success of the mining industry in Australia," Howard said at the ceremony in Newcastle.

"Australia has become an exemplar of good mining around the world; we're not only good at efficiently extracting resources, we are very good at maintaining high safety standards."

While the BelAZ brand may be unfamiliar here, one in three mining trucks worldwide reportedly carries the BelAZ badge. The company is partly owned by the Belarusian government, and have produced a diverse range of mining dump trucks and related equipment.

This year, BelAZ will launch what's claimed to be the world's largest mining dumper, a 450-tonne capacity vehicle that will dwarf to currently-available lineup, but even this will pale in comparison to a 500-tonne unit that BelAZ are reportedly developing exclusively for the Australian market.

The first units to be delivered locally are 240 and 360-tonne BelAZ dumpers, distributed by Australian Pacific Engineering Group (APEG).

Designed for extreme environments, the trucks can work in temperatures ranging from minus 50 degrees Celsius to more than 50C. A Cummins or a Detroit diesel engine is available, with a choice of either Siemens or General Electric for the drive system. Customers can also choose a range of specifications for their vehicles, including engines, tyres and hand rails.